For Better Browsing Please Update Your IE or You Can Use Modern Browsers Like Chrome, Firefox, ...

Former promising tennis player Julia Pietzko is leading a fresh revolution in German padel as the nation eyes a much ...

PADEL IS ONE OF THE FASTEST GROWING SPORT WORLDWIDE

The huge growth in popularity of Padel cannot be discarded with the sport finding immense appeal in a sports-crazy nation ...

The players from Spain rule the roost in the women’s section when the end-of-season rankings were announced by the World ...

NAVARRO, GUTIERREZ AND ALAYETO TWINS END YEAR ON A HIGH

Francisco Paquito Navarro and Daniel Gutierrez were joined by the Sanchez Alayeto twins as the champion of champions at the ...

The stage has been set for the Estrella Damm Master Final – the very last competition on the World Padel ...

The world number ones in the men’s and women’s categories proved exactly why they are placed at the summit as ... 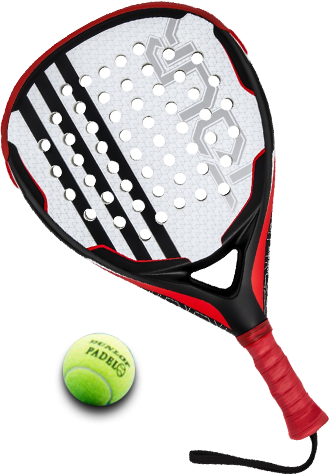 Most often, Padel is seen as a combination of tennis, squash and racquetball, and can be played indoors and outdoors. The court is usually one-third the size of a tennis court that is enclosed with a wire mesh on the sides and glass walls at either ends, which one can play off when the need arises.

The racquets used are without strings, and the surface is a solid base with holes. Service is always done underarm. Though a relatively young sport, Padel is considered to be one of the fastest-growing sports globally with an approximate following of 10 million players worldwide, and growing.

The origins of padel date back to Enrique Corcuera in Acapulco, Mexico, in 1969. This explains the immense popularity of padel in Hispanic American countries like Argentina and Mexico, while in Europe, Spain has been at the helm of leading efforts in popularising the sport.

The popularity of Padel along the Costa del Sol in southern Spain has exposed it to a large number of British visitors, leading to an increased popularity of the sport in the United Kingdom along with the launch of the UK Padel Federation in 2011.

At the moment, the most important padel circuit is the World Padel Tour (WPT) that was launched in Spain. Last year, the WPT travelled to Portugal and Argentina, and this year, Dubai has been put on the map through the organisation of the WPT’s Dubai Masters Padel that is being hosted by the UAE Padel Association (UAEPA).

The US Paddle Association was founded in Chattanooga, Tennessee in 1993 and opened two courts in the Chattanooga area. The American Paddle Association was formed in 1995 and built its first courts at a private club in Houston, Texas to host exhibition matches. The first public courts opened in Miami, Florida in 2009, and since then, several clubs have opened nearby, as well as in Los Angeles.

In 2012, Padel made inroads into the UAE with the construction of four indoor and an outdoor court at the Nad Al Sheba Sports Complex under instructions from His Highness Sheikh Hamdan Bin Mohammed Bin Rashid Al Maktoum, Crown Prince of Dubai and Chairman of Dubai Sports Council. In 2014, Padel drifted further into Asia after the formation of the Swiss Club in Singapore.

World Padel Tour is the number one pro padel circuit worldwide. It gathers the best players from all around the world and has its central headquarters in Spain, where 12 of the 16 tournaments in the calendar are developed. This young sport has lived to see a great professional outburst in the last 10 years. After a big blast in Argentina in the 90s, the new century saw an increase of importance in tournaments on Spanish soil. From 2015 the relish for this sport has experienced a constant growth, in line with the enlargement of the number of players.

Rules of the sport

Like any sport in the world, Padel follows a distinct set of rules and regulations governing its functioning. Most of the rules have been borrowed from tennis and squash to make Padel appealing to the players.